The CFEB sponsored an event on November 15, 2017 entitled “The École Biblique and the Dead Sea Scrolls: 70 Years Later.” The event was held at the Toronto School of Theology, with nearly 50 scholars, students and friends attending.

Eileen Schuller spoke about the role of several scholars from the École Biblique in the archaeological discoveries and the scholarly work on the Scrolls. Board member Jean Duhaime spoke on his experience of graduate studies at the École, including work on the Scrolls. Jean later returned to the École to teach in the late 1980s and in 2001-2002. Father Olivier-Thomas Venard, Deputy Director of the École Biblique and Executive Director of the Research Program The Bible in its Traditions, spoke about the work of the École today and what is planned for the future.

The Dead Sea Scrolls and the École Biblique

Reminiscences of the École by a Student of the Scrolls

Chat with Canadian Friends of the School 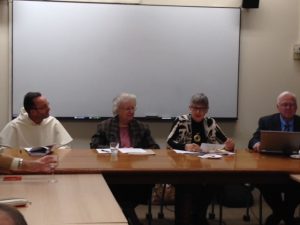 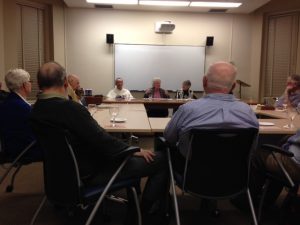 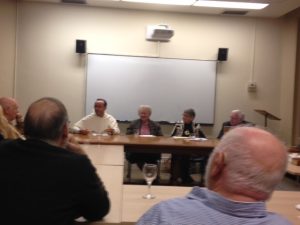 Fr. Philippe LeBlanc pioneered the Dominican presence at the UN in Geneva

Fr. Philippe LeBlanc, a member of the Dominican Order in Canada, died peacefully in the company of his community, family and friends on Saturday, December 30, 2017. He was a founding member of the Canadian Friends of the École Biblique. A brief look at Fr. LeBlanc’s work in establishing the Dominican presence at the UN can be found in this article.